Milisa Kentane (in her private capacity)

I think a lot has been said of the National and Provincial Election 2019 winners, losers, missing ballot boxes, new parties and confused parties. 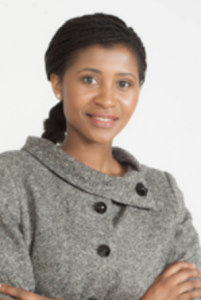 With the seat and percentage drop of traditional parties and new parties getting a surprising (or not so surprising) number of voter support. This begs the question, is South Africa looking at a coalition government? Historically, one agrees that “post-electoral alliances between opposition parties do not leverage changes in who governs” Booysen, S. Volume 13 No 1, causes and impact of party alliances and coalitions on the party system and national cohesion in South Africa. However, that is history, going forward (in my non‐expert opinion) we may not have a choice, if these elections are anything to go by.

Of issues of independent candidates and to my absolute dismay, independent candidates didn’t win the court application to participate in the national and provincial elections. They cited Section 19(3)(b) of the Constitution, however, according to Polity.org Desai said, “Nowhere in the wording of the section does it expressly state that standing for office must include standing for such office as an independent candidate.” The independent option is that they are not restricted to a single party’s policies but can support what they view is best for the successful governance of the country, party aside.

Watching some of the interviews with citizens voting on loyalty and familiarity, one realises that the independents wouldn’t have stood a chance anyway.

That said, what alternatives are there besides the traditional parties? The drop in voter registration and turn up at the voting stations, one can deduce that there is some voter lethargy. It wasn’t just the weather.