The National Press Club has elected its new executive committee and management team. Ntando Makhubu, news editor of the Pretoria News, has been elected chairperson of the National Press Club, making her the first black female to be elected to this position. We asked her a few questions.

Ntando is the news editor of the Pretoria News, with over 10 years working experience in the SA media world. She arrived in Pretoria from the Eastern Cape in 2011, where she worked as a reporter for the Daily Dispatch. Working in journalism is a passion of hers, and so joining the Press Club was a natural step when she arrived in the city, and, since then, her understanding and appreciation of the relations between stakeholders and media practitioners has only grown. She is a mother of two and find that motherhood is quiet like juggling journalism ‐ they both need resilience, love, passion and patience. 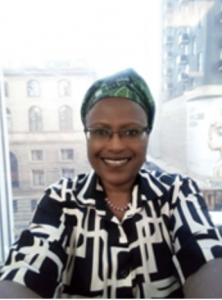 Do you have any specific plans or objectives for the NPC?

I would like to, with the support of the exco and membership, foster stronger relations between journalists and the people they depend on for their livelihood, namely the employers, the communities and, of course, government. The wall dividing the craft we do and those who we depend on must be broken down.

Why should journalists and PR’s join the NPC?

Membership of this club is not just for socialising and networking ‐ although that is a helpful aspect of the platform we offer, but it gives front seat access to the newsmakers, to the informers, decision makers and, of course, the media who carry information from one portal to the other.

President Jacob Zuma awarded as Newsmaker of the Year 2009